You probably are familiar with this topic if you had a problem related to a SAP system running on Linux operating system. SAP released long time ago the SAP Note 618104 – “sapsysinfo” – Compiling system information on Linux. This SAP note contains a script for Linux named sapsysinfo that gather a lot of information of the operating system and the SAP system. I used few times in the past but I didn’t take a closer look to the script. I have to say that I’m really surprised with the amount of data that this script gathers.

Let’s take a closer look to the script, we will see how we can use it for some troubleshooting.

Data about the operating system

First data that appears when executing sapsysinfo is the one related to the operating system. In this case you can see the system architecture and the Linux distribution we are using:

After this you can see a full list of the packages installed in the system:

And again some information related to the Linux Standard Base and the Linux Kernel:

You can find this information on several places during the whole text file. After this you will fine information about the system’s uptime, quite useful to know if there was a system restart recently and the CPU load average on the system. In the same spot you can find the top information during that moment:

The script shows if the server is running as a Virtual server and the sapinit/sapconf used:

Information about the lastest system messages on the operating system:

Even information about the NTP configuration or the VMware time-keeping:

You can even find SAPOSCOL data:

The next part is the information related to Linux parameters: Information about the CPU, its architecture and if it is running on Hyperthreading: 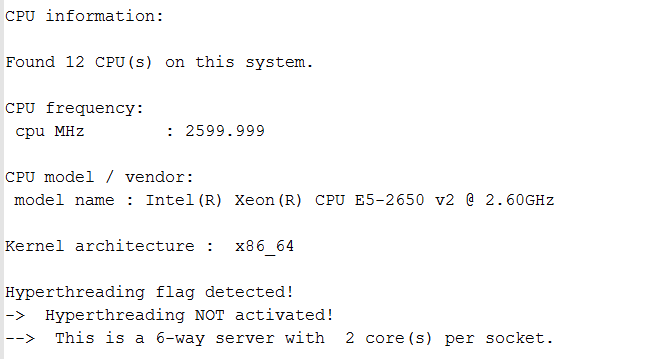 Next the memory and swap information: 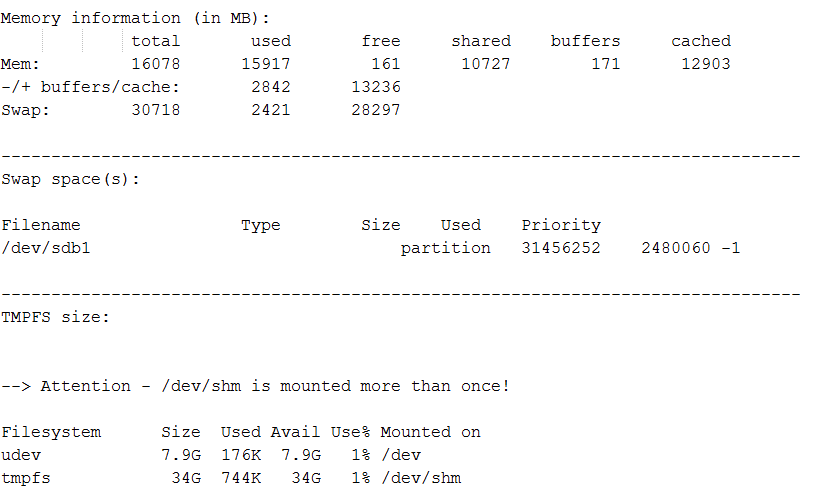 The text file also shows the filesystems, mounted filesystems, logical volumes, etc. The same about the information of the network-cards configured, the /etc/hosts entries, network subsystem, TCP/IP ports. Crontabs are also included in the file. I won’t post any pictures about this topics since they will show sensible data.

It will show information related to the process and the processes trees in the operating system:

Information related to the active connections:

Memory used within the operating system:

You can also find some information about the hardware where the SAP system is running. In case you are using an Hypervisor such as VMware or Hyper-v you will see the virtual hardware and not the real hardware. This is quite interesting for checking if the server has the number of recommended SCSI devices or the Ethernet devices configured.

We can find a lot of information about the SAP system too within the file. For example,  the SAP Host Agent information is available such as the trace file, version, etc: 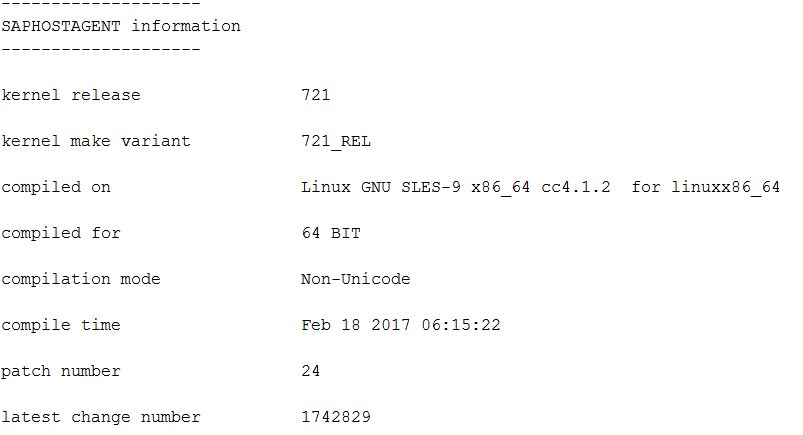 Information about the instance profile and its parameters: Environment variables for the instance and the sidadm user (not screenshot here, sorry). Information related to the ulimit, memory, shared memory, etc:

How to use the sapsysinfo script

Using the script is quite easy. Just download the attached file from the SAP Note 618104 – “sapsysinfo” – Compiling system information on Linux and execute it. I like to set a crontab in the OS level so the script will be executed automatically every certain hours. In the same script I execute in the crontab I set a find command for deleting older files so the size of the folder won’t get too big.

We use cookies to ensure that we give you the best experience on our website. If you continue to use this site we will assume that you are happy with it. You can read more about our Privacy Policy in the following link: https://morethansap.com/privacy-policy/Ok