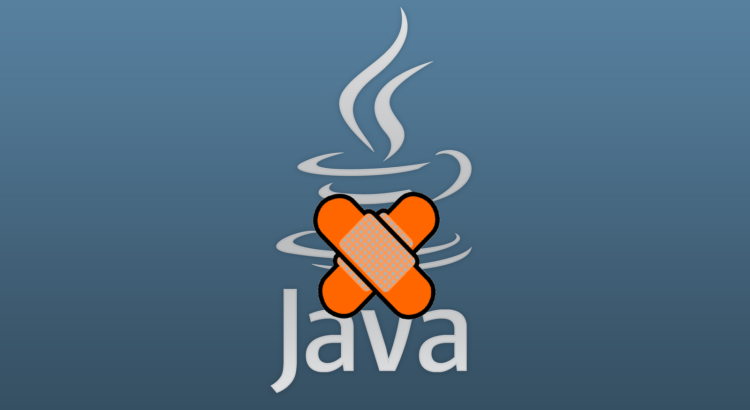 JAVA stacks for SAP NetWeaver AS are not my favorite thing in the world. There are a lot of tools and transactions from ABAP stacks that I really miss when I’m working with a JAVA stack. Despite of this I must admit that patching a JAVA stack is becoming easier during the last years. For example, for using the Software Update Manager with an ABAP stack it is necessary to have a XML file in order to patch the system. In the case of a JAVA stack you only need to download the files and select the directory during the SUM execution. Easy right? Otherwise you can go really crazy and try to patch a JAVA stack using NWDI. You will have lots of fun, I promise!

Anyway, for you freshers that don’t know what I’m talking about here it’s a small explanation about patching JAVA stacks during the last years:

About this time SAP thought it was a good idea to use the Solution Manager MoPZ in order to calculate the Support Package stack. This was a good idea in the beginning but there was a small problem: When calculating the SP stack the latest patches for the software components were not included in the stack.

Patch? What is a patch?

The patch number can be find in the Components Info inside the NWA on newer versions:

What was the problem?

When calculating the stack for updating a JAVA system the SolMan MoPZ didn’t include the patches for each Support Package so you updated the system to the Patch 0. If SAP released a new patch for fixing an issue that patch wasn’t imported when patching the system… Fortunately all this changed when SAP released the Maintenance Planner. Now it is possible to add the latest patches to the stack file:

A helpful and unknown tool

After all this years I’m still surprised that most of the people doesn’t know about this tool. The SAP NW Java Support Tool is a really useful and powerful tool when working with JAVA stacks. It can be used to gather logs, traces, system information, record screen when reproduce an issue, etc. It’s kind of a holy grail for Basis consultants when working with JAVA NW. If we want to calculate the dependencies of a patch for a software component we can do the following steps: 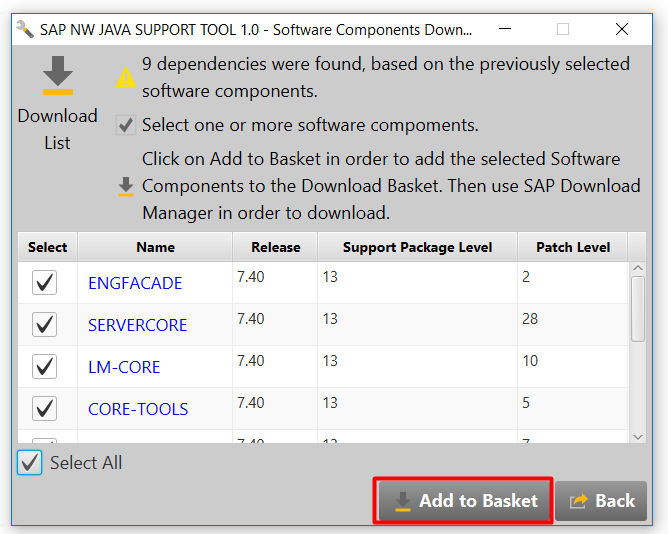 As you can see it’s really easy to calculate and download the dependencies when patching a software component. I’ll write in the future a little bit more about the SAP NW Java Support Tool and all the possibilities we have when using the tool.