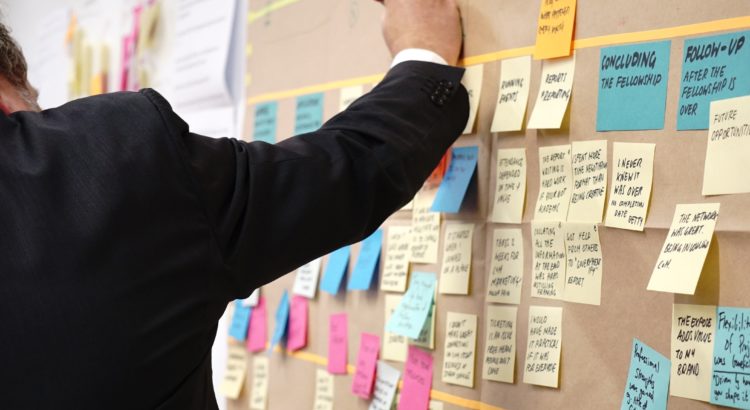 Today I want to write about SAP methodologies and SAP Activate. If you worked on the IT field you probably used a methodology during your career while working on a new project. A methodology is just a system of methods used in a particular area of study or activity. A software development methodology is a framework used to structure, plan and control the process of developing an information system. So we basically use a methodology while working on an IT project in order to manage the project considering deadlines, budget and resources. There are tons of methodologies both for software development and other types of projects:

Those are just some examples, if you want to read a bit more about methodologies I recommend reading dpm article about project management methodologies made simple.

In case of SAP we had long time ago the ASAP methodology but some years ago SAP decided to change the main methodology. Let’s take a look to both ASAP and SAP Activate methodologies.

ASAP mean Accelerated SAP and it was released long time ago. To be honest I don’t remember exactly when it was released but it was looooooong time ago. ASAP was the standard methodology used to deliver SAP applications in implementation projects until 2015. Its purpose was to help design SAP implementations in the most efficient way possible using a fixed number of phases and deliverables. So what we wanted was to optimize time, people and resources when using ASAP methodology.

ASAP is composed of 5 phases:

Some people included a 6th phase for Operation just after Go Live & Support. The description of each phase is the following one:

In each of the phases there are a list of work packages, activities and tasks to be done. Also, each phases produces a list of deliverables such as project team structure organization chart, project strategies, hardware sizing, quality assurance plan, etc. There are tons of derivable for each phase and at least one for each activity and tasks.

ASAP was quite popular on big projects among consulting companies. If a company said that they complied with SAP Best Practices it was expected that hey followed the ASAP methodology for delivering their projects. At the end it wasn’t always like this and it was not that common to use ASAP methodology. The main reason was that ASAP project took a lot of time and effort to be finished and there were certain projects where ASAP was not the best methodology at all.

Considering this SAP decided to release SAP RDS as a new ‘methodology’.

First of all, I wrote ‘methodology’ before because SAP RDS is not really a methodology. SAP RDS mean SAP Rapid Deployment Solution and it was released in 2010. It is not really a methodology but best practices, configured content and fixed scope used to deliver SAP software with lower cost and effort. SAP introduced rapid-deployment with a pre-defined scope so you could have the core functionality of the solution and also the possibility to extend the solution.

For example, if we wanted to implement SAP CRM we could use the SAP CRM RDS with basic functionality and extend its functionality implementing other packages with less effort than using ASAP methodology:

If we compare both ASAP and RDS methodologies the start, deploy and run times are lower in RDS as you can see:

You can see in the following screenshot the main differences between SAP Activate and ASAP/SAP Launch:

The main difference is the number and name of phases involved in the SAP Activate methodology. The phases are the same for both Cloud and On-Premise scenarios:

I won’t describe each phase. Instead I will show you how to find all the information you need about this new methodology. SAP released the Roadmap Viewer where you can learn about SAP Activate and each available methodology. You don’t need an OSS user in order to access. Just open the link in your web browser and in click on No. Access Anonymously.

In the next screen you will find a tab for General and Solution Specific methodologies. Depending on the product and scenario you want to implement you will use one or other:

Click on any of the tab and then again on any of the products/scenarios. You will see both the roadmap to follow in order to implement the product/scenario. In the top part you can see a button to download the project plan in multiple formats such as MS Project, MS Excel ad Solution Manager.

It is also possible to check each of the phases with its tasks and steps:

You probably notice a button name Accelerators.If we click on it the Roadmap Viewer will show files, templates, documents that we can use in our project. If you are interested in learning SAP Activate I recommend you to attend to the ACT10 and ACT200 courses.

Do I need to use SAP Activate as my methology?

This is a tricky question. If you are a SAP consultant working for a SAP Partner you should use SAP Activate as you main methodology when working as project manager implementing SAP solutions. This doesn’t mean that you have to use always SAP Activate. There are projects where SAP Activate is not suitable considering the scope, available resources, deadlines, etc.

More important to the methodology is the people working in the project. It doesn’t matter if you use SAP Activate when you project manager have no idea of what he/she is doing or when your consultants don’t follow the methodology. A methodology is as good as the team that works with it, remember this!

One thought to “SAP Methodologies: From ASAP to SAP Activate”