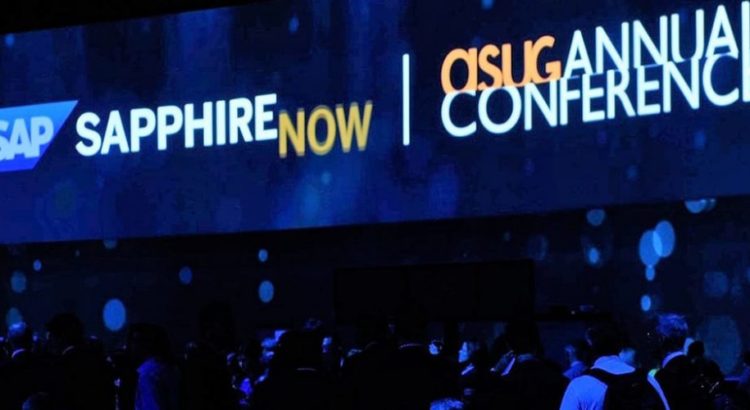 Last week SAP celebrated their SAPPHIRE NOW annual conference in Orlando, Florida. For those of you who doesn’t now SAPPHIRE is a SAP conference that target the business side of SAP. Instead of TechEd which targets a more technical audience SAPPHIRE targets both SAP partners and customers. It is usually a huge date on the calendar since SAP drops big bombs during the conference that shape the future of the SAP world.

The conference started as usual with the keynote done by Bill McDermott, I recommend watching the highlights on the #SAPPHIRENOW Youtube Channel:

You have a bunch of videos available for watching if you want to see all the news. It is also possible to watch the sessions replay if you want. Apart from that I recommend reading the SAPPHIRE NOW 2019: Recap done by Linke, it is one of the most complete articles I read about the whole event. I mean, they are the competence but these guys are really good and known in the SAP World lately in Spain.

I would love to give you a few thoughts about SAPPHIRE since the moment we are living now will mean a whole change in the SAP Ecosystem in the coming years.

PaaS is the new king

I said in my article about 2019 Predictions about SAP and I will say it again: PaaS is the new king. On-Premise is fatally wounded and it is a matter of time when Cloud solutions will conquer all. Maybe it won’t be in 5 or 10 years but sooner of later On-Premise will die. Right now we are living on the IaaS, PaaS and SaaS century. If you see both the keynote and some sessions you will realize that SAP’s idea is all about PaaS and SaaS. New applications and software is released in PaaS and SaaS flavors, the times when you have to install software on your servers will be gone sooner or later:

Why am I saying this? For several reasons:

Questions about the new strategy

There are still a lot of questions about this new strategy. For example, what will happen with SAP partners in the future. SAP licenses sold through VAR agreement are a big piece of cake for SAP partners. Of course SAP App Center allows to the customers to buy or to subscribe to the apps developed by SAP partners but I don’t thing the revenue will be nearly the same.

Also, I still have doubts about what will happen with On-Premise and Cloud S/4HANA systems migrated by the customers in the following years. We already know that S/4HANA is the future if SAP ERP, there are a lot at stake and SAP is all-in with it. Migrating a SAP ERP to S/4HANA is not easy at all. It is a project that could take up to couple of years and that implies almost the whole company. Is SAP going to make all their customers to migrate to SAP S/4HANA Cloud in the future after migrating to S/4HANA? If I spend millions migrating my systems I would be furious…

I know Qualtrics is huge in the customer experience field but I didn’t see anything related to SAP yet. It is probably a matter of time but for a company that costed nearly $8 billion it’s kind of worrying the lack of news. SAP probably keeps a lot of surprise but people is starting to raise a lot of question…

The future in the SAP World

A lot of changes are coming. A lot of new opportunities open. Like it or not the way we worked with SAP both as a partner and as a customer has changed. The present is IaaS, the future is PaaS and SaaS. I see a lot of possibilities and a lot of problems related to both SAP becoming a mainly PaaS and SaaS company. It will depend on the customer’s willingness to adapt and accept these new changes…

SAP Partners and customer: I hope you like changes, because your whole SAP experience is about to change!