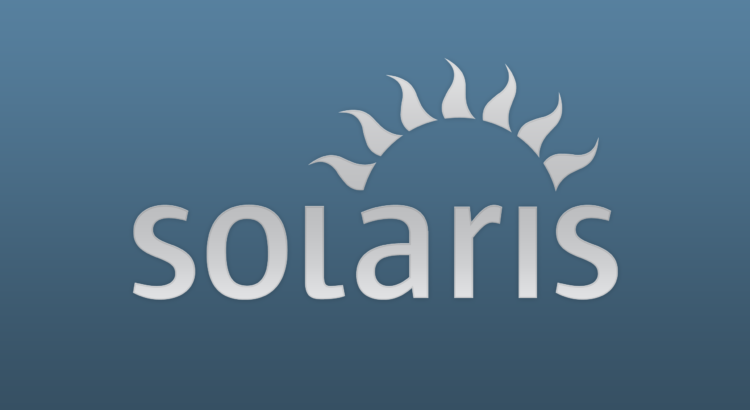 Everything started a few days ago. A tweet from Simon Phillips shared on Hacker News set the Solaris community on fire:

For those unaware, Oracle laid off ~ all Solaris tech staff yesterday in a classic silent EOL of the product. https://t.co/ibs2REGRmj

Oracle decided to cut around 2.500 positions, mainly on Solaris and SPARC teams. With this Solaris comes to an end and there won’t be any new releases, silently killing the operating system. Oracle declared earlier this year that there will be only minor updates for Solaris but right now the situation is quite unclear:

As a direct response to customer requests, we’re planning to deliver future Oracle Solaris features and functionality through dot releases instead of more disruptive releases that may have undergone significant test, re-certification and qualification.

The support for the current customers will be available until 2030s but knowing Oracle I’m not quite sure about it… There is a OpenWorld Conference in San Francisco on October 1st so I hope Oracle will give more explanations about this. Personally I find this decision quite sad, Solaris was the first operating system I worked when I stared as a SAP Basis and I have good memories. It is a quite strong and robust operating system. The containers / zones technology was an awesome way to use ‘virtualization’ when other hypervisor as VMware VSphere were not available.

A long time ago…

There is a really good article in Spanish written by Xataka about how Oracle bought SUN and they killed it slow and silently. I will give you a few details in case you don’t understand Spanish. Oracle bough SUN on 2009 for 7.200 millons dollar. During that time SUN was one of the biggest companies speaking about Open Source projects. Examples of this are Java, MySQL database, OpenSolaris or OpenOffice, projects with a huge community developing and improving them.

Oracle bought SUN and some of the most important people in the company started to leave. You can read about the reasons of James Gosling for quitting Oracle so you will get an idea. One of the first things Oracle did was to cancel the OpenSolaris project and make the code of Solaris 11 unavailable for the public. The rest of SUN products were cancelled (Virtual Desktop), moved to another company (OpenOffice with Apache), wasted (Java and its patents) or continue with better results (MySQL).

Years passed until nowadays, when Oracle decided to silently kill Solaris and to reduce the number of employees on the SPARC team. I think that the next move will be to finish with the hardware division, the loss on that division is bigger each year and the future of Cloud providers and technology could be the final blow.

What the future brings

It’s quite unclear what will happen with the customer that are using Solaris right now. The smart movement will be to migrate to new operating systems. In fact there are more and more news and tutorials during the last days about how to migrate from Solaris. You can read a small article by Brendan Gregg about migrating from Solaris to Linux. The support will be available until 2030s but again I think it’s kind of unknown if Oracle will maintain the current end of maintenance now that it’s clear that there won’t be new Solaris releases.

On the SAP side, I think more companies will think about migrating from Oracle/Solaris to HANA/LinuxSLES or RedHat. During the last years there has been thousands of companies that decided to migrate to HANA for different reasons (cheaper licenses, new versions available only on HANA, etc). There are a lof of SAP systems running on Solaris and Oracle since usually it was possible to get a discount on the license when having the ‘combo’. If there will be no releases of Solaris I see no point of keeping Oracle as a database, once you have to migrate to a new operating system the step to move from Oracle to HANA becomes clearer…

The big question here will be if this decision will backfire Oracle in the future when speaking about Oracle and other databases. From the point of view of PR I think it’s one of the worst decisions in the recent years…